Although he was not to realise it, Joseph Chamberlain was to preciptate the building of the Moor Pool Estate.

Chamberlain had been sent by his father in 1854 to work at Nettlefolds, a company which his father, also Joseph Chamberlain, had bought an interest in. Nettlefolds had become increasingly dominant in the screw trade and Chamberlain's hard work and commercial aptitude played a part in the firm's growth.

As he settled into life in Birmingham, he became more involved in local politics. He also set up a club for the working men employed by Nettlefolds and gave lessons and lectures at the Night School which was attached to the club. He also taught in Sunday School for those connected with the Unitarian community, all the while honing his skills at speechmaking and oratory.

Joseph Chamberlain became Lord Mayor in 1873 and his period of influence on the Borough Council led to many reforms and improvements. The era of municipalisation began in earnest in 1875 when the town’s private gas companies were acquired by the Borough. Joseph Chamberlain also pushed through a similar measure for the municipalisation of water supplies. This did lead to rapid improvements and before long better quality water was available to an extra 47,000 houses. There was no doubt that this measure was one of Chamberlain’s most important in view of the unsanitary conditions prevailing before 1875. He ordered a sanitary census to be undertaken and this revealed all the evils which rapid industrial and urban growth had bequeathed to the region.

Chamberlain has been described as the founding father of the City of and certainly he was the guiding force pushing the town into providing the sort of civic services and amenities demanded by its growing importance as an industrial and commercial centre. By 1889, had acquired better roads, sewers, water and gas supplies, more libraries and parks, higher standards of public health and an expanding transport system - soon it was to be described as “the best governed city in the world”. It had become a leading provincial city and its fame and reputation had spread worldwide through its manufactures.
However, such rapid growth was bound to have adverse effects and these were to be seen in the appalling living conditions of many of the citizens, submerged as they were in a congested urban sprawl. In the next fifty years, many of these problems were tackled and the Warwickshire Photographic Society highlights many of the changes that were necessary.
The biggest and most influential redevelopment scheme in the central  area was undoubtedly the building of . The rapid industrialisation and population increases in the mid-nineteenth century had resulted in some of the worst slums in the country in the area between and . After the Artisan’s Dwellings Act was passed in 1875, the local authority was provided with extensive powers to acquire, clear and redevelop slum areas and to rehouse the residents. Joseph Chamberlain grasped this opportunity to rid of these slums. In the process, he had a vision of driving across the cleared space “a great street, as broad as a Parisian boulevard” which would “open up a street such as has not got and is almost stifling for want of”.
The Improvement Committee under the chairmanship of Councillor William White supervised the scheme. By had filled up with fine buildings which accommodated a wide range of shops, restaurants, coffee houses, hotels and offices.
The photographs in this microfiche edition give a vivid picture of the city centre in the 1890s, as well as providing evidence of the changes made in the next few decades.
The general atmosphere of the central area is well captured. In the 1890's this was in sharp contrast to the faster pace and greater mobility of the modern times. Everything seemed slower then and the principal mode of transport, apart from walking, was by horse-drawn bus or tram, although some new-fangled steam trams had recently made their appearance on the city’s streets. Horses were used in every trade and there were milk and bread carts, railway carts, brewer’s drays and delivery wagons bringing fresh supplies to the shops and carting fruit, meat and vegetables from the Bull Ring markets. Horse-drawn vehicles of all sorts rattled over the cobbled, granite or wood road surfaces, which were covered with sand or sometimes wood shavings, to prevent the horses from slipping - asphalt was considered too slippery and dangerous for horses, especially on the city’s steep gradients.
Joseph Chamberlain had orchestrated the scheme to buy up the two companies that supplied Birmingham with gas. The cost was to be around £2,000,000 which was a 'momentous proposition' then as a sum of money. Then followed the acquisition of the company which supplied water to the city. This required a parliamentary bill. When passed and the acqusition completed, there was found to be an almost adequate supply from local wells although additional resources were required from Wales ( another story).
However, the wells of Birmingham had become so polluted that the City would have had to close many. This would have meant the cost of water and profits to the private companies would have gone up. Investing in these water companies was therefore a secure financial investment but also protected the inhabitents from being exposed to excessive charges.
Inevitably these investments, although sound, were to put Birmingham, not then a city, in a tight financial position.
A further project was the clearance of the slums in the centre of the town and the construction of what is now Corporation Street. The cost was £1,600,000 -  another very large sum at the time.
These slum areas contained terrible conditions but the result of clearing them was to displace the inhabitants to other similar areas in the town, putting pressure on the conditions there. 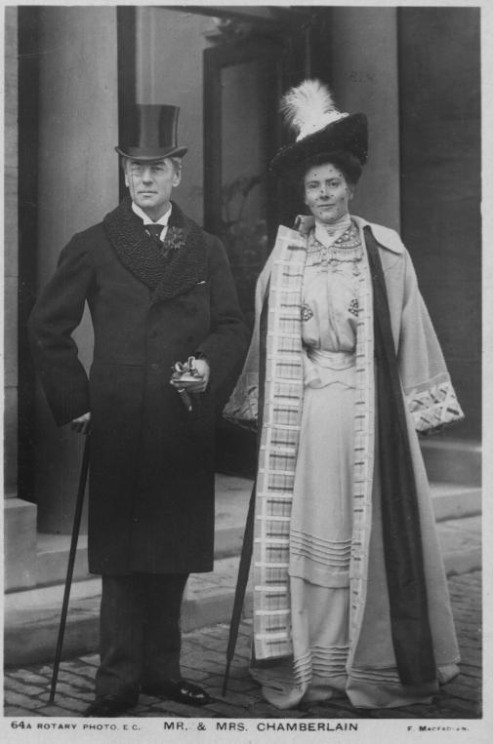