"The Garden City idea, the Garden Suburb idea, have taken hold of the minds of Englishmen. We cannot hope to make Birmingham into a Garden City, although something can be done towards that end, but we can, if we will, create Garden Suburbs around Birmingham". 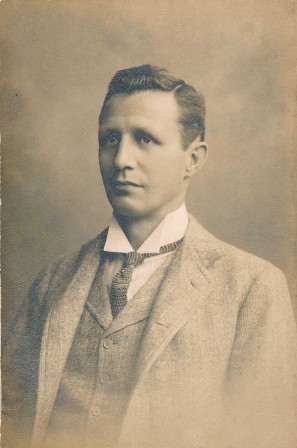 On June 25th 1907 a meeting was held in the Harborne Institute. Its object was to consider the option held by Councillor John Sutton Nettlefold on 36 acres of land between Lordswood, Ravenhurst and Wentworth Roads, Harborne and the question of the development of the Estate on co-partnership lines. Mr Nettlefold explained the object of the meeting and then Mr Crossley Greenwood gave an address and answered questions on co-partnership building. A resolution was carried approving the formation of the Society on co-partnership lines and a provisional committee was formed. John Sutton Nettlefold, was the first Chairman of Birmingham Housing Committee and member of the Guest Keen Nettlefold (GKN) family. It formed part of the Garden City concept shared by the Cadbury family in Bournville, to provide low density housing centred on a community hall and with many interspersed green spaces, at a time when the majority of inner city housing was of a crowded back-to-back design.
The five hundred houses were built between 1907 and 1912 and shared a similar design, which can still be seen today. The Estate boasts two tennis clubs, a bowling green, numerous allotments and, of course, the Moor Pool itself, with an active fishing club. In the Moor Pool Hall there is a very active and acclaimed dramatic society, a unique skittle alley dating back to 1913. Many other groups and societies also meet there.
In 2006, the Estate had its conservation status raised by a 4(2) Direction order to preserve this unique garden suburb and started its centenary celebrations in 2007, commemorating one hundred years since the first sod cutting by Margaret Nettlefold.
The J S Nettlefold documents make reference to Moor Pool or Nettlefold's aims with the Moor Pool Estate. In them he talks about the importance of open space and allotments, all of which would have a beneficial effect on the health of tenants. Mortality rates were dramatically cut, whilst the economic possibilities of building such a community even at inflated land prices and difficult land conditions was proven.
Moor Pool was not built purely to house more of the City's population with these improvements as a fortunate side effect. It was built intentionally to prove the physical improvements worked and that it was a financially viable way forward. Truly Moor Pool was an example of the way ahead and Birmingham should be commended.
There are of course, many examples of garden suburbs, but significantly Moor Pool remains almost complete. The exceptions are some of the open spaces and allotments which have been lost to garaging and now development. There is a valid argument that without these the numbers of motor vehicles would have had a disastrous impact on the Estate's character. Certainly garages form an important asset and there will be a programme to improve those now owned by the Trust.
Moor Pool is a tremendous lesson in community design (see English Heritage letter), and better by far than would be built today. It can also be an example of restoration, so that those who follow in the next 100 years can appreciate its intent, almost as Nettlefold intended.

".............We cannot entirely undo the past, but we may control the future, and there is no work more important to the City, the nation, and the empire. The home of the individual is the most important factor in the prosperity of the nation, and the strength of the Empire. We can, if we will, arrange for healthy, wholesome surroundings for every Birmingham adult, and, even more important, give every Birmingham child the "light and air" that are so essential to its healthy development".

".....The principles of Town Planning and Municipal Land Purchase are already being considered and discussed, and sooner or later they will be adopted by the whole country. I am very proud to belong to the City Council which is the first to discuss in a practical definite manner this important proposal; I shall be prouder than ever to belong to Birmingham if she decides to take the lead in this, as she has done in so many other Municipal reforms". 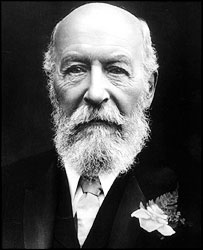 "..............The policy of Town Planning and Municipal Land Purchase is delineated in a masterly manner by Mr W. H. Lever, on pages 119 to 127 in the report we have before us. Mr Lever is no hot-headed youth; he is a Housing reformer who has done something real and substantial towards the solution of the Housing reform problem. He is a life-long trade-unionist, and a most successful business man. The policy advocated to-day is neither idealistic nor untried. It has already been successfully carried out at Bournville by a private individual. Is this City Council going to say it will fail where Mr Cadbury has succeeded? Is this City Council going to declare itself inferior to City Councils in Germany?"

"It is fortunately becoming more and more recognised every day that open spaces are as necessary to the health of a town, as streets are to its traffic. The provision of allotments, as a counter-attraction to the public house, could also be arranged for, if only these things were thought of beforehand. Under our present system, these boons to the self-respecting working-man and his wife and children are never thought of until it is too late to provide them at a price within the means of the ratepayers or the rent-payers of our large towns."
John Sutton Nettlefold. Practical Housing 1908

".......Only this morning I made a little tour of inspection. First I came to a typical modern suburb. True, the houses were in accordance with modern by-laws, but they were almost one on the top of the other. Fine trees had been cut down which could not be replaced in fifty years, no playgrounds or open spaces had been provided, and the building materials were already beginning to show signs of decay, in fact, " they had done all those things which they ought not to have done, and they had left undone those things which they ought to have done." Near by was Bournville, laid out as you all know, with trees and open spaces, and cheap as well as good cheerful houses. They can be made cheaper still if we can get power to allow narrower streets where the present minimum width of street is not required.
My Lord Mayor, in considering a matter of this sort, it is necessary to avoid being emotional, but it is nothing less than heartrending to look at the suburbs now being created under the present by-laws, especially when one knows how it could be done well and cheaply with cheaper house-rent, if only we had the power they possess in other places. Careful investigation shows that on the lines advocated to-day houses can not only be built better, with more cheerful surroundings than at present, but actually cheaper. On Municipal land wisely bought and leased to Public Utility Building Societies, houses can be provided at about 5s. per week, without any charge on the rates".


“They would watch this experiment in Birmingham with interest for it would have its influence all over this great district.” 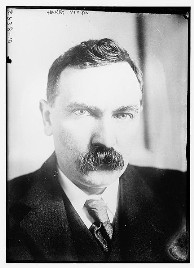